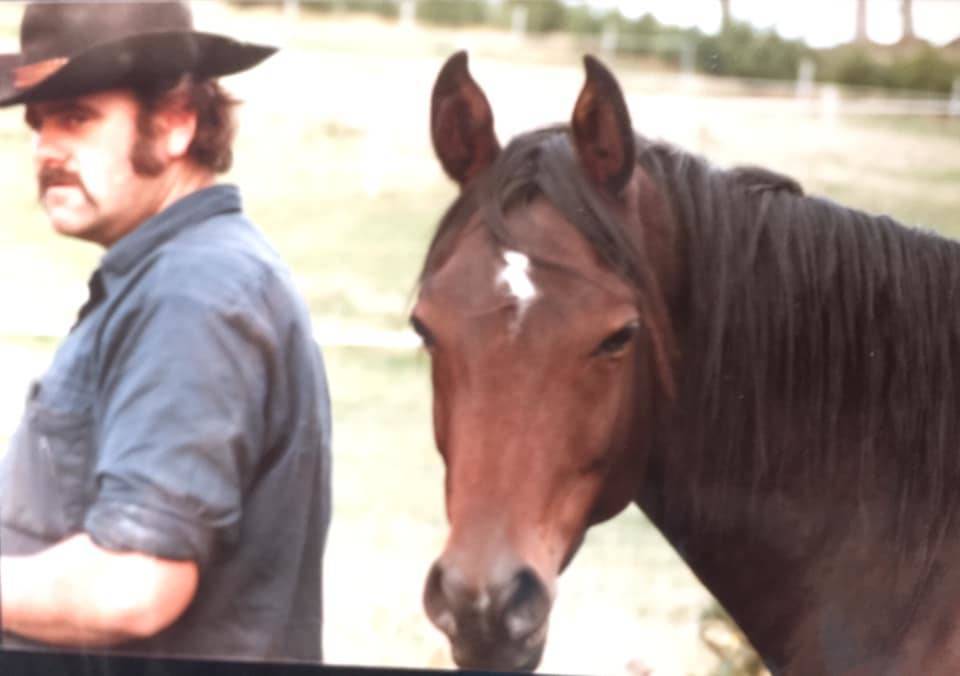 Laurie with one of his favourite mares Wataba

The Arabian horse world has lost another stalwart of the breed in Laurie Nicolle.  Laurie passed away suddenly at home on Sunday morning.  Laurie was well known and deeply loved by many older breeders and former AHSA Board members, as well as those in the endurance world.  He had been having some health issues over the last few weeks, but his death was a shock to everyone.

He was a true blue Aussie Bushman with a seemingly bottomless pit of knowledge about natural cures and healing, bush knowledge and plain common sense - with just enough larrikin in him to make him lovable, and with a great sense of humour.

Laurie wore many hats over the years but was always devoted to his Arabian horses.  He established Laurjil  Arabian Stud some years ago and bred many fine Arabians.  When he married Lyn they began Lauralyn Arabian Stud, which has produced a long line of lovely show horses and formidable endurance horses who are legends both here in Australia and overseas.  One that comes to mind is Lauralyn Notorious who was the very first winner of the  AHSA  Endurance Horse Of The Year award.

He was a well known horseman in several fields. He was a successful endurance rider over several seasons and a regular Quilty competitor on his home bred horses.  He was renowned for his expertise with teaching horses tricks, especially his favourite Arabian stallion, and they performed at a large number of events here in Tasmania.

Lyn told me that whilst battling cancer, which he overcame on 1999, Laurie had three wishes, which were:
1. to be elected to The AHSA Board of Directors, which he achieved in 1999,
2. to become President of AERA and
3. to breed a horse that wins the Tom Quilty Cup and this was Lauralyn Notorius owned by Debbie Grull in 2016.
Lauries three wishes were indeed fulfilled.

He will be sadly missed.