An update from Rebecca

I thought I would update the AHSA on what I have been up to with my Junior Development Grant (carrying on from the update that you have posted on the AHSA website):

As the rider requires 3 x 2 star completions, I was still one ride short. To try and achieve another 2 star qualification I competed in Malaysia in the Sultan Mizan Cup in April. I rode a great horse owned by the Royal Stables Of Terengganu called Presk Minuet. However, midway into the race, it was downgraded to a 90km 1 star due to weather conditions. Although disappointing to not get the 2 star completion, Presk was a champion and we placed second overall and Best Conditioned Horse.

Since I still needed one more 2 star completion, I noticed on the FEI website that there just happened to be a 2 star test event for the WYEC, in Italy on 30 September 2016.

After much family discussion and persuasive arguments on my part, my wonderful parents allowed me to travel to Italy where I leased a lovely grey gelding called Estragon from the Coppini family (see photos attached) . We had a terrific ride together and I was able to complete the whole course and get a very good understanding of the terrain and its technicalities , the venue and various logistics.

So now I am fully qualified for the WYEC.
I am hoping to have another chance to qualify next year on the amazing OSO Ellazandra (owned by OSO Arabians) as a combination .

Thanks again to the AHSA for helping me achieve my dream through the AHSA Junior Development Grant. 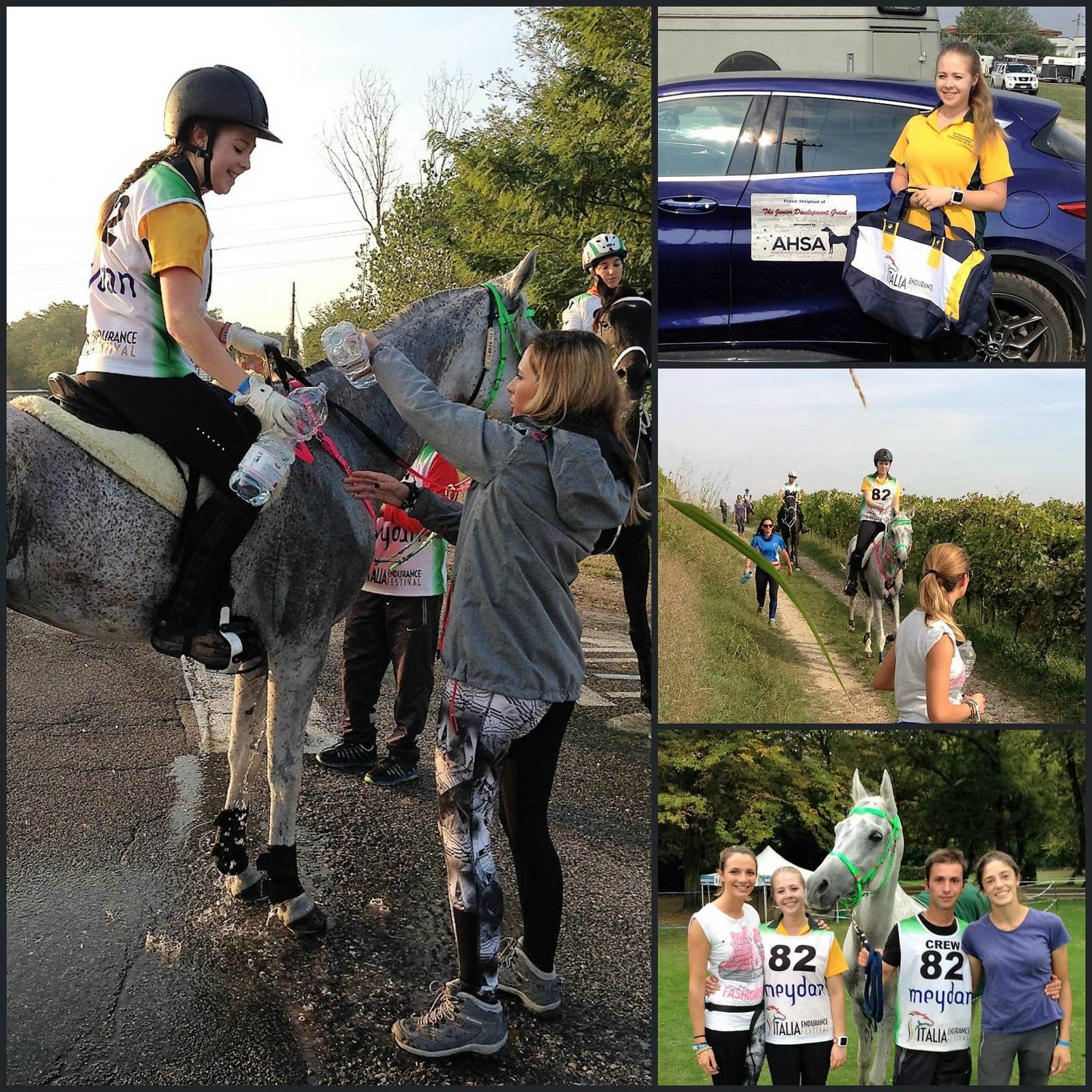