Charlotte was the extremely proud, inaugural winner of the 2015 Australian Horse Society of Australia’s Youth Development Grant in 2015 – a grant which not only helped Charlotte, but certainly helped promote the Arabian breed in the Youth market, but also the open dressage market. 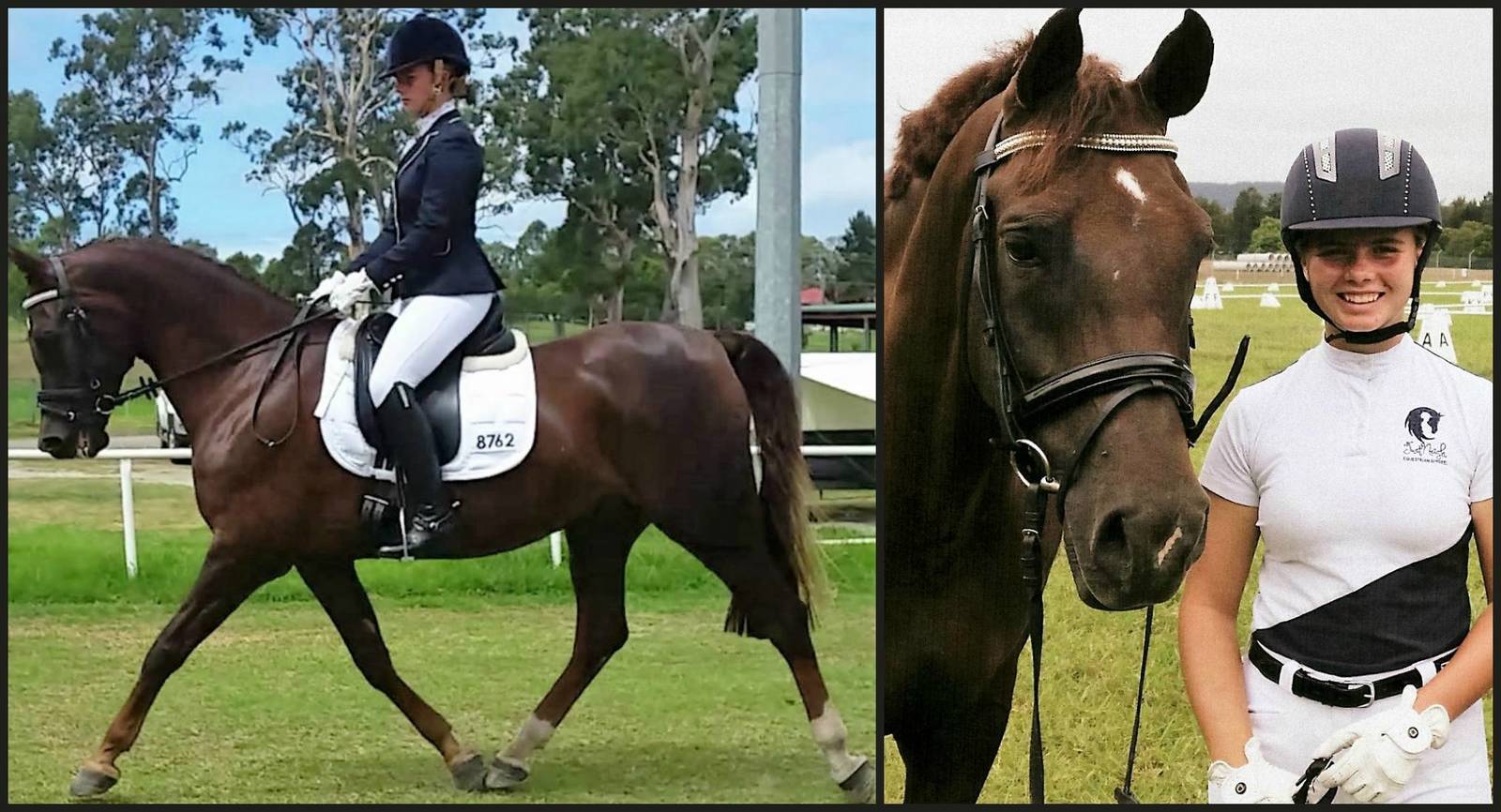 Charlotte and Rose Gum Goldrush have had a stellar year in their dressage career, with some of their results being:

After the Australian Interschool titles, Snickers will commence his Elementary and Medium dressage career with Charlotte, whilst Charlotte is also preparing her young Arabian Warmblood, Aloha Gladiator, for his start in showing and dressage. A quick trip to the Dressage NSW Winter Festival with Gladiator (obtaining a 3rd and a 4th placing) shows he is on the right track.

Charlotte is extremely fortunate to be offered many horses, of many differing levels, to ride – both hacking and dressage, but she is absolutely enamoured by the Arabian breed, and won’t even consider the possibility if it isn’t an Arabian. I think it’s with her for life!!