Wishlist PG24891 was purchased by Viv whilst still on his dam.  He is by the Champion producer Ray of Light out of Escarda Spozabella.  From the moment he was born he was special.  This has been reflected in his long list of successes at halter starting from his first show when he was sashed Supreme foal of show.  Whislt too numerous to list his halter career at the most prestigious events in the country both as a colt and gelding is nothing short astounding and includes 4 Australian Champion Partbred Colt/Gelding Championships; 4 East Coast Champion Partbred Colt/Gelding; 4 National Stud Show Championships and 5 State Titles Championships.

His success has continued in the performance ring demonstrating his superior type, conformation and temperament.  He has multiple Supreme Saddle titles including State Titles and East Coast Championships.  He has won multiple led and ridden challenges and is now venturing into the dressage world with multiple wins in open competition against warmbloods.

He has also been highly successful as a youth mount having competed at the last 2 Australian Youth Nationals to win multiple National Gold Champion awards culminating to win the High Point Youth 11-12 years in 2018.  This horse does it all.  At the 2018 National Stud Show Viv and Harry ventured into the Costume ring winning Champion.

Wishlist is the complete package.  At only 7 years of age he has achieved more than Viv could have ever dreamed of.  There are a few titles left on Viv’s wishlist to aim for but Viv knows he will always be  trying  his heart out regardless of the results.  When the time comes, he will be handed over to a lucky youth competitor. 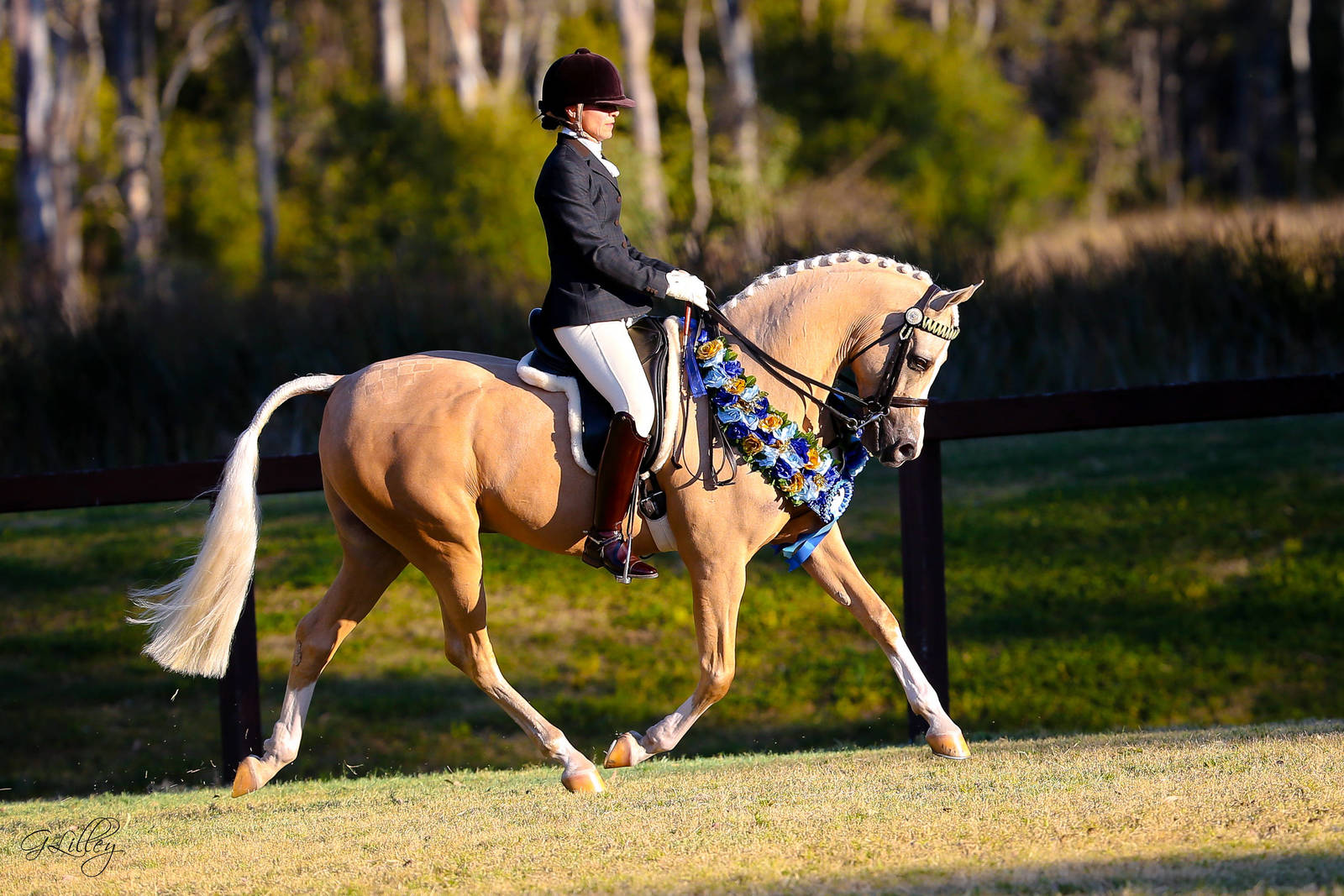